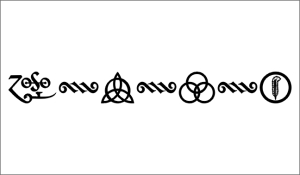 Confession time, I am thoroughly enjoying my Led Zeppelin phase of music appreciation. This is something I should have done at least 30 years ago – but at 54 there is no reason to hold back and no time like the present to appreciate the musicianship and creativity of Jimmy Page, John Paul Jones, John Bonham and Robert Plant. I caught on easily to the solo material of Robert Plant when it came out, but never delved into Zeppelin. My inspiration has been reading “Led Zeppelin: When giants walked the earth” by Mick Wall. So now I am filling my mind with the story of one of the world’s greatest rock bands and the walls of my home with their music.

In thinking of what the band accomplished in the less than four years from its formation in 1968 to the release of the ‘Untitled’ fourth Album I think of the tinkering, criticisms, challenges and changes in music style that contributed to what came in late ‘71 – the classic collection that included “Stairway to Heaven”. For the four of the them, there was always the belief that they were the greatest band, ever.

Through the riffs, solos and amazing heavy hand of “Bonzo” John Bonham my mind turns to the leadership race for the Ontario PC Party and what can be accomplished in about the same amount of time between May 2015 and late 2018 – the next scheduled election in Ontario.

Five candidates are now touring Ontario vying for support and memberships leading to the votes the first week of May and the announcement on Saturday May 9th of the vote results. What happens after the 9th is going to be the tinkering, criticisms, challenges and changes that will contribute to the belief of the Ontario PC Party that under the new leader Ontario will have a PC Government.

What I expect to see with a new leader is that the other members of the ‘band’ will fall in behind and be as one to the voters of Ontario. A united front is the only way that Ontario Conservatives can be successful in the goal of winning in 2018.

In the same way that Led Zeppelin resisted the advice of critics and their record label and did not create a “Whole Lotta Love 2” on their 3rd Album, they instead went with a new direction – one that satisfied themselves and their fans. The fans not deterred by sombre review of “III”, continued by the thousands to buy the vinyl and attend the shows in Halls, Arenas, Festivals and small clubs. The Ontario PC Party with a new leader and direction must go out and win the support of voters one by one and not with winning over the pundits. The pundits and commentators will be won over by the success the leader has with Party members and the voters of Ontario.

As Page and company did from 1968 in changing from the “New Yardbirds” to Led Zeppelin and leading to 1971 and “Four”, the Ontario PC Party will also be the authors of their ‘untitled’ success moving from Hudak to ????? and with the four unsuccessful leadership candidates contributing, the new leader will bring to Ontario; a Progressive Conservative government in the same period of time.

Support is needed to ensure Bill 60 has teeth and holds Tarions and home builders accountable for the bad work home owners are complaining about.

“(…) My experience with Tarion (when I did real estate and civil lit): a massive fraud on homebuyers. Tarion masquerades as consumer protection but I’ve seen nothing but a mix of incompetence and combativeness, where every technicality is used to deny coverage. Builders love it, waving the empty “protection” like a flag or hiding behind it.  – Rarely forced to fix errors.  Recourse? The License Appeal Tribunal (same body where appeals of hot-dog vendor licenses go). Take a sec and e-mail/call your MPP to ask them to support this Bill”.                            …..Chris Arnold

Thank you, Chris, for speaking up for Ontario consumers. Thank you for underlining the urgent need for a major overhaul of Tarion’s UN-transparent,UN-accountable system. We agree… 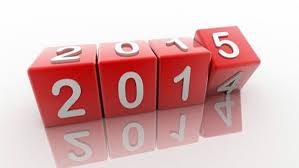 They say that some politicians have a short ‘honeymoon period’, well in the “year of our lord” 2015 I think we can agree, the honeymoon is over. The only honeymoon that might have been shorter belongs to Kim Kardashian and Kris Humphries. Perhaps we could ask for a do over and we declare January 28th New Year’s Eve part 2 and as of 9pm that night we start 2015 all over again?

Consider these news items that have taken place within the 1st 12 days of the year. Fresh off 49 shootings in 2014, the first of 2015 in Ottawa takes place on day 9 of 2015. By the 12th of January 3 Ottawans had been arrested on terrorism charges and of course the tragic events in Paris took place within the first week of the year. We can look to past events in Ottawa, St-Jean-sur-Richelieu and Sydney that took place in the last quarter of 2014 as the events that pulled the past year into the new. We are struggling in each of these instances to make sense of why they happened and what needs to be done to prevent a further opportunity for a repeat.

In Ottawa, the Mayor, Police Chief and the Ontario Minister for Correctional Services met to find a way to have a, ‘exit strategy’ for young people leaving detention to prevent them from going back to the ‘gang family’. Looking for an ‘exit strategy’ could be no further than Bill C-10 and Mandatory minimums. Though the mandatory minimums are controversial, the Bill offers a chance for those convicted a chance to gain an ‘exit strategy’ rather than being let our much earlier with no strategy for live on the outside. Rob Sampson, Chair of the Correction Services of Canada Review Panel and a former Minister of Correctional Services in Ontario, states in several interviews that rather than an early release from prison where someone will likely go back to an old life and re-offend, a mandatory minimum provides the time for training and a chance for a new and different life, a life away from the gang family that seems to be large and growing in Ottawa.

A lot of 2014 seems to have steamrolled its way into 2015. We need to take the hope, good faith and good intentions that are still with us from 2014 into the New Year and make our communities safe, provide our youth with a promising future and teach restraint and respect for others.

If you need a re-do for New Year’s Eve, pick a day, time and do it – but after it’s done start fresh and let’s make the rest of 2015 the best we each can contribute for a better outcome than the start may have forecast. 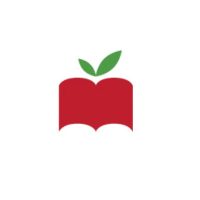