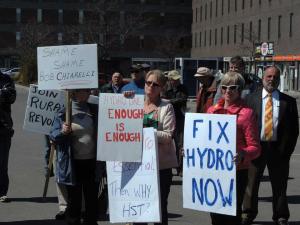 This weekend I attended and spoke at rally decrying the state of Ontario Hydro One, rates, charges and the impending sale of 60% of the public utility to private hands.

It was a well attended rally the crowd reaching almost 100 at its peak, and several hundred more driving by and showing support by honking at the corner of Woodroffe and Carling Avenues. A live stream of the event had almost 200 more viewers subscribing to the watch the event online.  My speech to the crowd is available by clicking on the link below:

At stake is not only the financial health and future of Ontario, but also for Ontarians. The sale of Hydro One means that a valuable piece of Ontario infrastructure now falls out of our hands, and never will come back – unless at a very great price. I should point out, in the effort to remain transparent, that in May 2012, the Ontario PC Party released a White Paper advocating a partial availability of Hydro to a Pension Fund led equity stake with possible door opening for future investments. But to see a large majority leave public hands is a very big deal.

The discussion on the sale is one area where the Ontario NDP and PC’s differ, but where we agree is that the handling of Hydro rates and the affect on Ontarians has been atrocious. NDP House Leader Gilles Brisson (MPP Timmins – James Bay) came to Ottawa to speak about Hydro One and Energy Minister Bob Chiarelli. You can view Mr. Brisson at the rally here:

The two-hour rally had many impassioned speakers and stories of Hydro bills that are putting people’s lives, businesses and homes at risk. It was well covered by local media, meaning it was on the radio hourly from mid afternoon on and also made the local TV evening news.

A provincial rally at Queens Park is planned for May 13th, we expect representatives from the opposition to attend and speak including the newly selected Ontario PC Party Leader. With 10,000 complaints to the Ombudsman and growing, Minister Chiarelli continues to brush the allegations away, like a speck of dust. 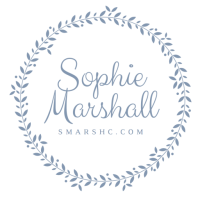